Get Organized for Tax Season!

Previous Next
Get Organized for Tax Season! 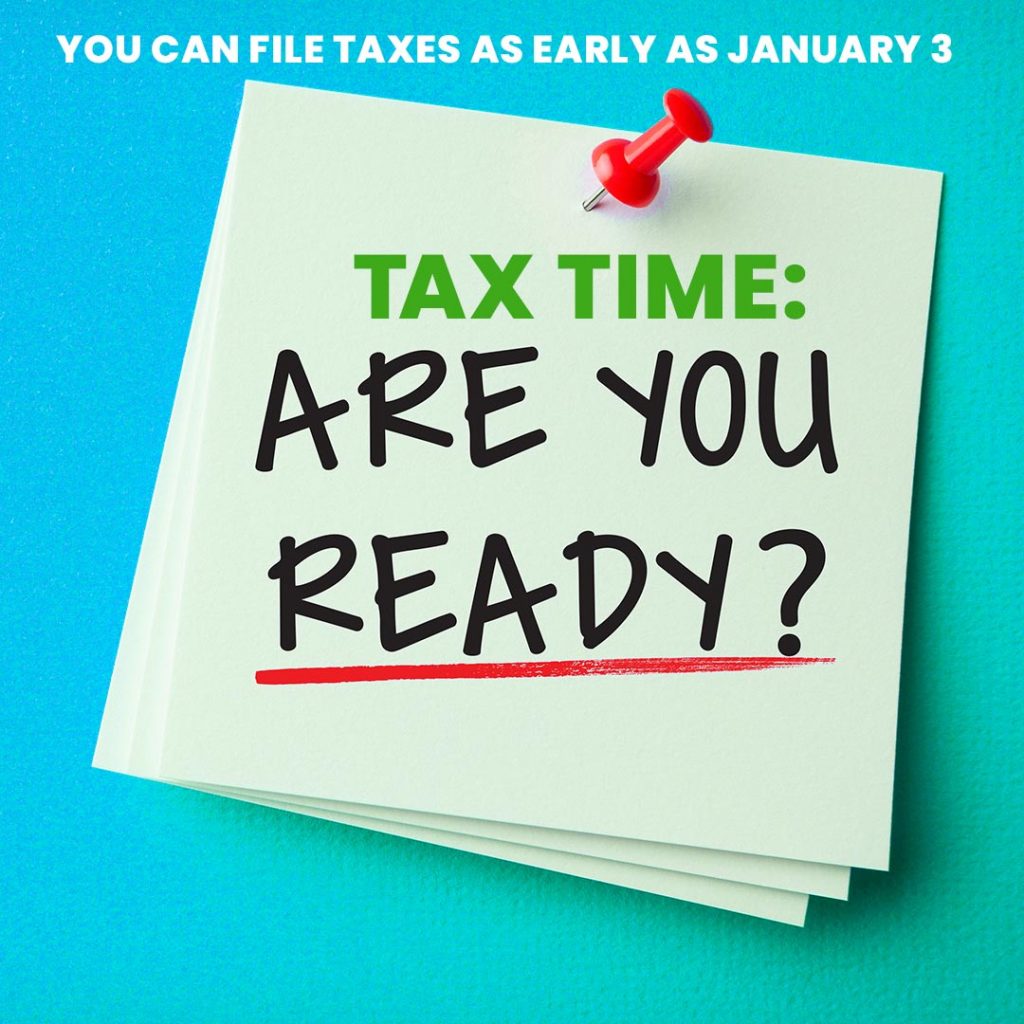 In the excitement of the festive holiday season, filing your tax returns will be low on the list of priorities.

We get it. It’s a busy time of year filled with celebrations and family gatherings. If you get started on your taxes right after the new year, you will also get a headstart on getting significant tax deductions or credits that can save you money now rather than waiting until the last minute. So, while we don’t suggest you should drop everything in the middle of the holiday season, we do suggest it’s a good idea to at least start organizing for tax season.

See this: IRS Steps to Take Now to Get a Jump on Your Taxes

Tips to Help You Get Ready for Tax Season

The sooner you meet with a CWF IRS-certified tax preparer, the sooner you’ll be able to file your return. The sooner you file, the faster you’ll get a tax refund if you have one coming to you. See your IRS tax account information online.

Your tax filing will be a much smoother process when you bring the documents you need to your appointment. Due to the tax changes in 2021, you will also need to have three additional documents:

If you have earned income from multiple places–such as a second or third job or freelance work–make a list to ensure you’ve included all your income sources. Of course, you won’t get the paperwork for W2, 1099 Misc, and more until late January. However, a list will make it easier to pull it all together when the forms arrive.

Benefits of Organizing and Filing Your Taxes Early

Preparing now can save you time and money. For example, if you expect your taxes to be more complicated due to unemployment benefits, working additional jobs, or getting government aid, it’s more important than ever to get organized. Plus, if you start thinking about what you’ll need to file your taxes now, you won’t have to rush around like crazy later.

Getting organized early can make the tax filing experience smoother. Having your records in advance will save you time and make it easier for a tax preparer to complete your filing quickly. So file early, and – if you’re getting a refund – you’ll get your refund sooner!

People who file their taxes by late February tend to get an extra $400 or more in tax refunds than people who file later! One reason may be that the sooner you get started on your tax return, the more time you have to make sure you’re claiming all the tax deductions and credits you’re eligible to receive.

Waiting until the final hours before the big holiday to rush out to the mall in search of the perfect gift is stressful, right? Sometimes, you can end up making poor decisions and spending more money than you planned to spend. It’s the same when you wait until the last minute to file your taxes.

Why spend the next several months stressing about your taxes? Instead, simply gather your documents into one place now so you can get them out of the way as early as possible.

You may be less susceptible to identity tax refund theft when you file your taxes early. But, unfortunately, this type of theft happens more often than you might think. It is estimated that online tax fraudsters tried to steal at least $12.2 billion through identity theft tax refund fraud in 2016.* Fortunately, the IRS was able to stop most of it, though $1.6 billion still ended up in the hands of these thieves.

The sooner you file your tax return, the better your chance of protecting your refund. For example, suppose thieves file a fraudulent return using your social security number before you do. In that case, the IRS will kick out your return because you’ve already been paid according to their records. It can take months to clear up the mess with the IRS and delay your refund.

5. Protection from Tax Scams and Fraud

As tax season gets closer, people get phone calls, emails, and text messages from people claiming to be from the IRS or the US Treasury. These are scams! The IRS and the US Treasury will only contact you by mail. Another scam is sketchy people or organizations that promise to get you a bigger or advanced refund. Most likely, they’re costly loans. Filing your taxes electronically usually allows you to get a refund in less than a month.

Let CWF Help You Keep More of Your Money

There are many complex issues for the 2021 tax year–the taxes you will file in 2022– that may require extra preparation. For example, complicating factors such as expanded unemployment benefits and advanced child tax credits are some of the things that can impact your final return.

This year, because of the changes, it’s more important than ever for families to enlist the help of a professional tax preparer. Working families and individuals in Southeastern Pennsylvania and Southern New Jersey who earn less than $65,000 annually can get free professional help from an IRS-certified CWF tax preparer. So don’t delay, and have a wonderful holiday season!

*According to the Government Accountability Office (GAO) and the IRS