7 Ways EITC Can Break the Cycle of Poverty

Previous Next
7 Ways EITC Can Break the Cycle of Poverty 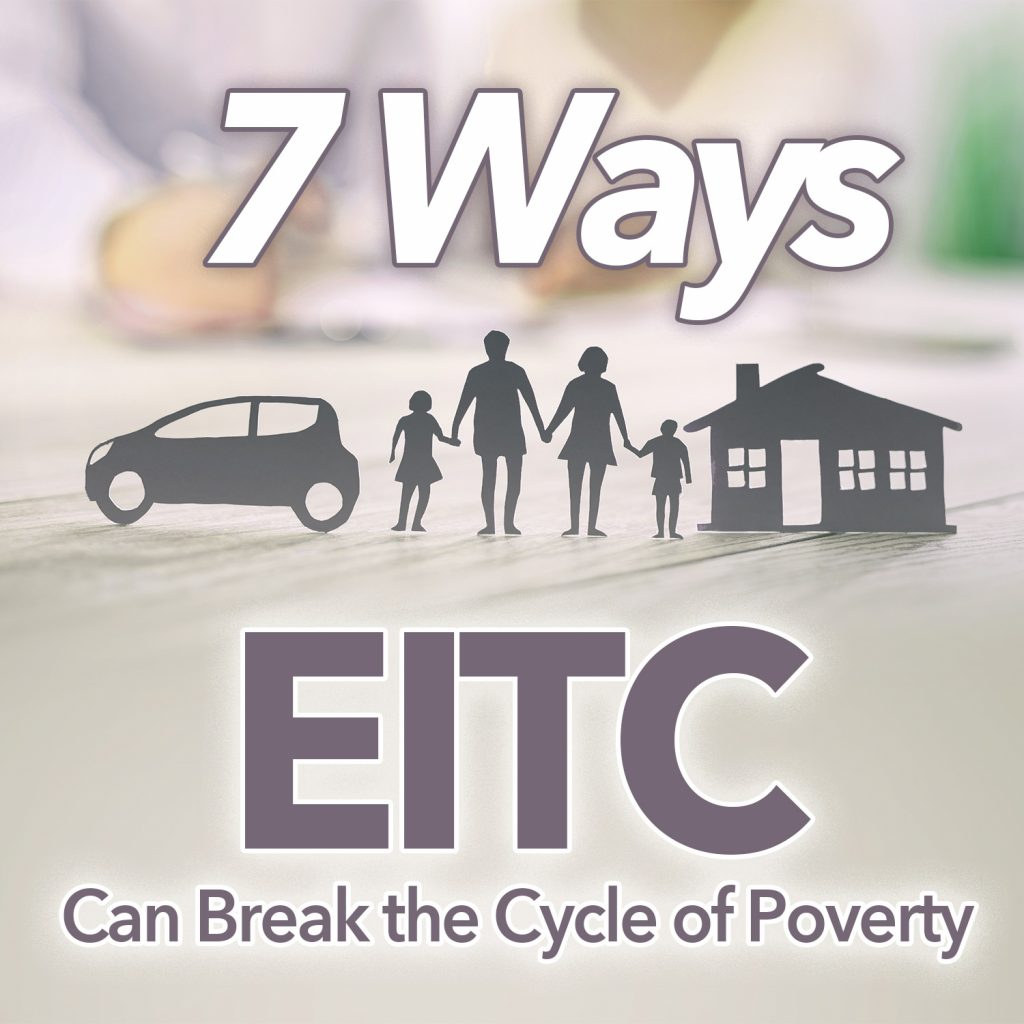 Spring has arrived, bringing many welcomed things—milder temperatures, flowers, and more daylight. A less welcome sign of the season? Taxes are due. Even though taxes help pay for the services we all use, no one looks forward to parting ways with any of their hard-earned money.

However, if you are in the low-to-moderate income tax bracket, you likely qualify for EITC, a program that can save you money and help you get ahead.

EITC (Earned Income Tax Credit) is one of the most significant opportunities to get a break on your taxes by cutting the amount of tax you owe. This important tax credit program has been around for decades, but most don’t know about it. It can provide you with a refund and, in some cases, a refund that’s more than what you paid in taxes.

Today, EITC is one of the largest anti-poverty tools in the United States.

7 Ways the EITC Can Help Break the Cycle of Poverty

Is your household one of the millions who didn’t get EITC money?

Updates on Coronavirus Tax Relief and its impact on EITC

How Do I Receive My EITC?

CWF can help you determine if you qualify for EITC when you file your taxes at no charge!

Tax preparation is confusing and frustrating to most of us. It’s downright complicated and nerve-wracking! Working families and individuals in Southeastern Pennsylvania and Southern New Jersey earning less than $60,000 per year can get free professional help from an IRS-certified CWF tax preparer who will help you eliminate that stress. Get started with one of our IRS-certified tax professionals right away!